Mad Men Season 6 starts in December 1967, some time after Don was approached by the lady at the bar and asked ‘Are you alone?': a question with many possible interpretations and many possible answers. The most straightforward answer viewers are looking for going into this season is whether or not Don has returned to his old cheating ways. Full synopsis below.

Click the link below to purchase, download and watch Mad Men Season 6 Episodes. By watching via Amazon you are ensuring legality, high quality and the episode will remain yours for re-watching or showing your friends. This is a highly recommended way to purchase episodes cheaply, quickly and safely.

Mad Men Season 6 sees the return of old Don. It is not long before we see that he has indeed gone back to his adulterous ways. It seems Megan asking him for help (emotionally blackmailing some might say) in getting an acting gig for an advert has caused Don to lose respect for her. Whilst they often fought and argued throughout Season 5, she still had some measure of independence that Don respected and that kept him loyal. When she squeezed that favour from him all that disappeared, and she may be destined to just become another Betty Draper. Surely Megan wouldn’t allow that to happen to her would she?

This season led us to get to know Ted Chaough (previously known as the anti-Don Draper) as Peggy has switched over to work with him at CGC. He becomes a key player in this season, and is also a little more 3D than he has been in previous seasons. He is basically a more moral and modern version of Don. He is however, a male advertising executive in the 60s, so it isn’t long before he starts making the moves on Peggy. Does she mind? You’ll have to watch to find out!

CGC appear to be having similar struggles that SCDP do. Both inventive and original agencies, they do suffer from the problem of being too small and getting caught up in the waves of those larger companies. When Ted and Don end up at the bar together (when both companies are out of New York pitching to Jaguar) they finally sit down and talk to each other – leading to a pretty big upheaval for the two men and their two respective companies.

This season sees a slightly better side to Pete Campbell. He goes through some tough times with Trudy as continues to ape Don Draper’s cheating ways, but lacks the confidence and poise to really pull it off successfully. How is he going to cope if Trudy finally kicks him out, not to mention a senile mother for him to look after too.

Most importantly, this season is about Don – both his present and his past. We find out a lot this season about his childhood, and it goes some way to explain the man he has grown up to be. He reveals his darkest ever depths this season and his own daughter catches a glimpse of his true nature. It is a downward trajectory that cannot last, and even those he work with have noticed what is happening with him. he is shocked and surprised when they invite him to a surprise ‘meeting’ at the end of the season. Is it all over for Don? Can he redeem himself? There’s only one way to find out!

And the biggest question of all: Who the heck is Bob Benson!? 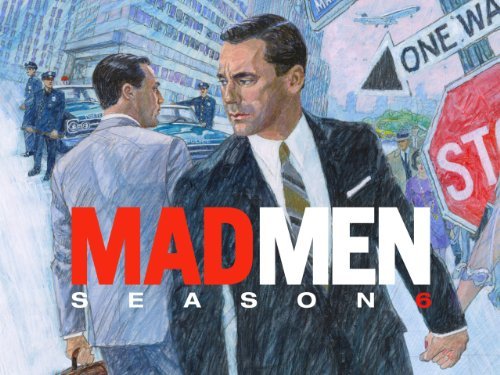