Mad Men Season 5 takes place between Spring 1966 and Spring 1967. The season chiefly concerns itself with Don in his new marriage to Megan. Is he actually happy for once? And more importantly, is he really able to remain faithful? Full synopsis below.

Click the link below to purchase, download and watch Mad Men Season 5 Episodes. By watching via Amazon you are ensuring legality, high quality and the episode will remain yours for re-watching or showing your friends. This is a highly recommended way to purchase episodes cheaply, quickly and safely.

Mad Men Season 5 and its time to find out a little more about Megan Calvet, now Megan Draper of course. Well we certainly see the generation gap when she performs Zou Bisou Bisou for Don at his birthday party. Don is a little embarassed by the her extroversion and the attention he gets, but there’s probably not a man there that doesn’t think Don is one lucky guy. As the season progresses, she becomes more and more independent and strong-willed, which may be the one thing that can keep Don respecting her.

In Bertram Cooper’s words, this season Don appears to be “on love leave”, and as such he is not focusing on his work, often missing meetings, deadlines and generally letting his standards slip. Is this the cost of having Don be happy? Is it worth it? This may not be the best time for Don to take his foot off the pedal workwise, as this seasons sees the arrival of young Michael Ginsberg, a clever, sarcastic, anti-social advertising whizzkid. He pretty soon sets himself up to be a worthy rival to Don and Peggy. Ultimately, this ends up having a bigger impact on Peggy, who reacts by making some pretty big changes (both in her work and personal life).

Following on from losing Lucky Strike last season, Roger Sterling continues to struggle to remain relevant to the company, especially with Pete Campbell being his old ruthless self and striving to be seen as more and more relevant and be given the status he feels he deserves (which to be fair I think he does deserve – he’s often the only one who appears to do any work!). But he refuses to go down without a fight, and he can be pretty wily when he needs to be!

Pete Campbell has since moved out into the suburbs with Trudy and the new baby, but insecure and jealous as ever, he feels he is missing out on the big city and wants an apartment in the city (chiefly to have affairs). He begins an affair with the wife of a fellow commuter and it all has a rather sad and shocking ending, resulting in a heartbreakingly honest moment from Pete.

Meanwhile Lane Pryce reveals he has some rather serious debt problems back home in UK and resorts to illegal means to try and keep himself afloat. When one of the partners finds out exactly what he does, it had some rather devastating consequences for all concerned. 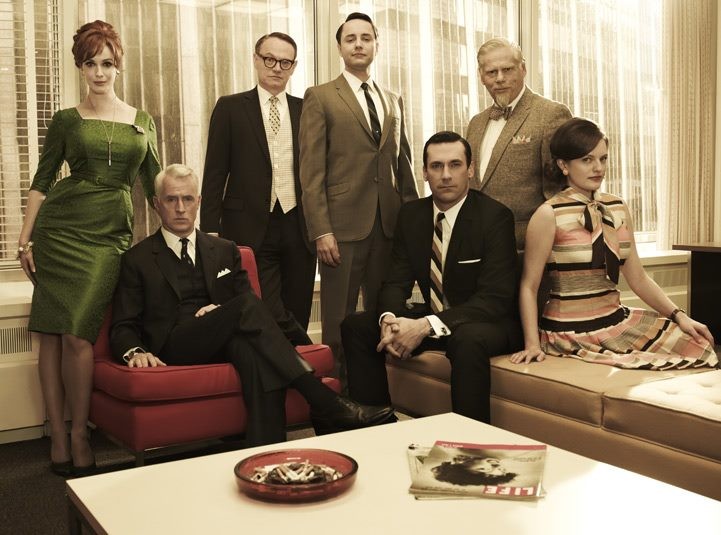