Welcome to Mad Men, the hit US drama series revolving around the lives of the men and women who work in an advertising agency in 1960s New York. Don Draper is a gifted ad executive, who knows how to sell people the American dream. From his shady past, he is well versed in ‘selling the lie’, but how long can he keep the past at bay and keep playing happy families.

Click on any of the links below to watch, purchase or download Mad Men Season 1 Episodes. By watching via Amazon you are ensuring legality, high quality and the episode will remain yours for re-watching or showing your friends. This is a highly recommended way to purchase episodes cheaply, quickly and safely.

When the first season of Mad Men hit our screen, it was clear immediately that Matthew Weiner had created something rather special. This was smart, sexy, self-assured television for grown ups. Initially build around Don Draper and the divide between his home life and his work life, the show was original and compelling in its rich character detail and impeccably researched portrayal of life as a 1960s Madison Avenue ad executive (which at the time was shortened to ‘Mad Men’).

The show is unflinching in it’s portrayal of accurate character design and development. Gone was the boring episodic crisis + victory template of other US dramas (House, anyone?) but rather we were given a thick and meaty episode every week – of course there was drama, tension, intrigue, humour and a rich selection of individuals populating the show. But there was also subtlety of character, experimentation with plot pacing and exploration of themes of morality, success and happiness. It was (and still is) a show that could be enjoyed on a number of different levels all at the same time, from appreciation of the Emmy award winning aesthetics of set design and costume (which sparked a small revolution in real world fashions) we were also given morally ambiguous heroes / anti-heroes that we wrestled with, never sure whether we should love or hate them, we just know we wanna keep coming back for more. These are the elements that lift a good show to a great show. A hallmark of proper mature storytelling (in my opinion) is that things aren’t boiled down to a simple good guy vs bad guy template – things are rarely that black and white in real life. Rather there is a mix of environment, opportunity, motive, strength, weakness, impulse, regret, all being blended up and influencing each characters decisions and desires at any given time. Some have more honour, dignity and self-control than others. Some deliberately manipulate, some are weak and stumble. Some are strong and persevere.

Set in New York in the 1960s, a time of massive social and political upheaval, one of the only constants in Mad Men is change. In the early 60s, it is a time of entrenched sexist and racist culture within the workplace and the home. This is the reality of the time, and Weiner respects his viewer enough not to judge too much or remind us that this isn’t how things should be – rather he presents people and places with accuracy and lets the viewer take from it what they will. It is a blesséd relief as Mad Men rolls through the seasons and we see some change, but for now lets stick to Season 1 – that is where those seeds are planted. 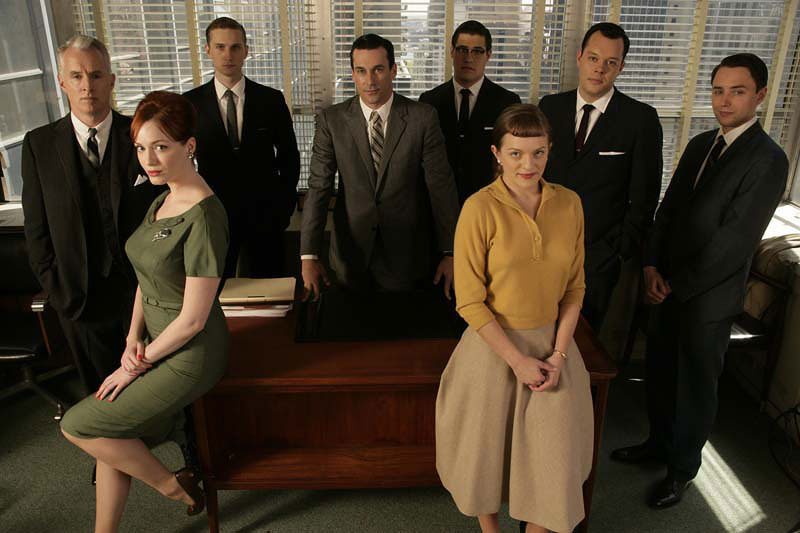 Mad Men can also be streamed via Netflix, or via the AMC official website, but in my experience, Amazon Instant is the easiest way to do it. Some people also stream or download through non-official websites or illegal torrent sites – but again, I don’t think its worth all the pop-ups, viruses and risk to your computer just for a low quality version of such a good-looking show.